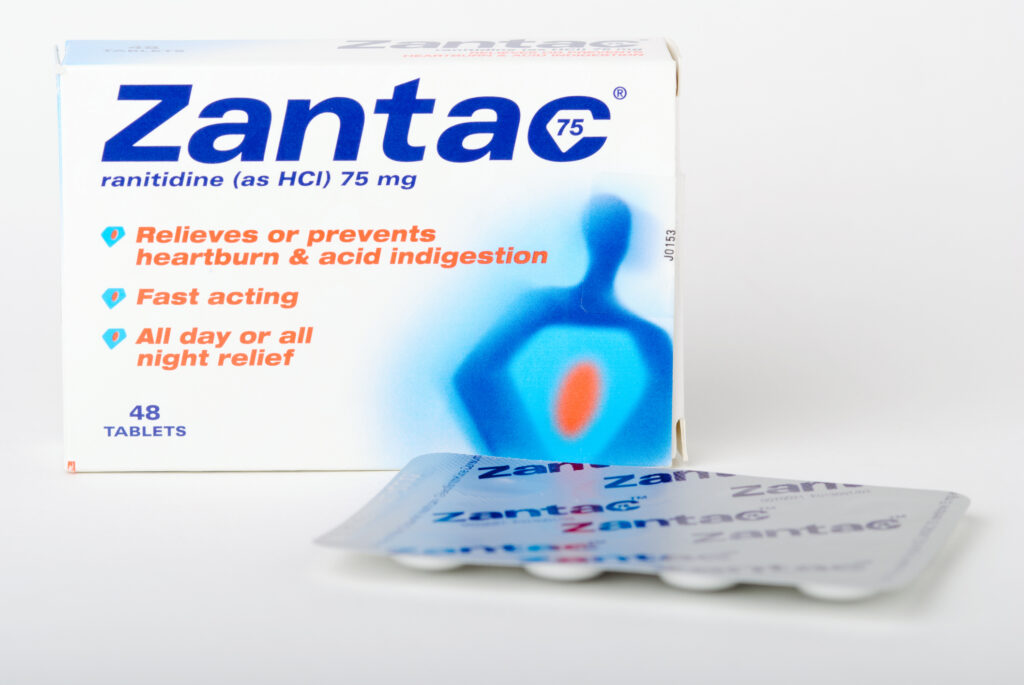 Zantac and its active ingredient ranitidine have been sold in the United States since 1983.  Originally, Zantac was only available as a prescription.  Later, FDA approved it for sale over-the-counter.  Tens of thousands of people used Zantac every year as a treatment for acid indigestion, heartburn, or sour stomach.

In September 2019, a pharmacy named Valisure notified the FDA that it ran tests on ranitidine (the active ingredient in Zantac).  Valisure discovered that ranitidine degrades into N-Nitrosodimethylamine “NDMA.” That is classified as a “probable human carcinogen.”  Thereafter, manufacturers of Zantac started voluntarily taking their products off the shelf.  On April 1, 2020, FDA required all Zantac products removed from store shelves because of the dangers associated with Zantac.

In late 2019, Kim Beck and her team started filing Zantac cases in federal courts across the country.  Other attorneys filed suit as well.  Soon, the lawyers realized just how big this case was going to become.  We knew then that the most efficient, best way to handle these cases was to have them consolidated in front of one judge.  As a result, we moved for consolidation and our motion was granted.  All of the federal cases in the country were sent to Judge Robin Rosenberg.  She has entered hundreds of orders.  Her most significant orders can be found here.

The judge understands that (1) keeping litigation costs down and (2) maintaining our clients' privacy are goals of all the plaintiffs' attorneys.  Instead of actually filing a case, the judge said that we could file a census form for each plaintiff.

The census form gives us all the benefits of litigation without much of the downside.  First, it is completely confidential.  Second, any person on the census can participate in settlement.  Third, they are also entitled to all the information obtained through discovery.  Fourth and most importantly, filing a census form stops the clock on the statute of limitations.

We have been keeping the pressure on the pharmaceutical companies.  So far, they have provided us with 300,000,000 (three hundred million) pages of documents that are relevant to the law suit.  We have also demanded to depose nearly 100 company witnesses.

I describe this as "the boring part" for the clients.  For the lawyers, this part is a lot of work!  It takes a long time, but we are really working hard to get through discovery as fast as we can.

February 2020 - All federal cases are consolidated for discovery and sent to Judge Robin Rosenberg in the Southern District of Florida.

April 2020 - Judge Rosenberg tells counsel that we can add a plaintiff to the census and that plaintiff will be treated like the plaintiff has a filed case.

September 2020 - Statute of limitations runs on most cases from Kentucky, Louisiana and Tennessee.

October 2020 to the present - Plaintiffs' counsel reviews 3 hundred million pages of documents produced by the defendants.

July 2021 - Judge Rosenberg dismisses cases against generic drug makers. She also dismisses many class action cases and other cases that do not involve cancer. None of BLC's cases were directly affected.

January 2022 - Discovery continues, but we are starting to see a light at the end of the tunnel.

Can I sue for recalls?

Yes, you can sue if you were hurt by a drug that was manufactured or designed defectively or if the drug company failed to properly warn you about the drug.  When a drug has been recalled, that is a red flag that there may be some kind of defect in the drug.

How long is the Zantac law suit going to take?

Pharmaceutical law suits are complex.  On average, complex cases like these take 3-5 years to complete, but a lot can happen in that time frame to make the case take longer or to resolve the case is a shorter amount of time.

Can I sue for Zantac?

Tens of thousands of people have taken Zantac and developed cancer.  Many of them are suing the manufacturers of Zantac.

What kind of cancer can Zantac cause?

There is reason to believe that the dangerous chemicals created by Zantac can permeate the entire human body.  No type of cancer has been conclusively ruled out.

What is the average payout for a Zantac case?

It is too early in the case and there are too many variables to give a number.  If you have been hurt by Zantac, call a lawyer to get a better idea of what your case might be worth.

All your legal information is in one spot on our website, and you can see it whenever you want.

As a client of the law firm, you can log in through the website to see your case files.  You can also send and receive case specific messages from team members.  Current clients can sign in here.

Let's talk about your case.

You can contact us at information@becklawcenter.com, 888-434-2912, or by filling out the form below.  You call also click Book an Appointment with a Lawyer Online to schedule a free consultation.

Thanks for your message! We’ll be in touch soon.